Traces of the Golden Braid 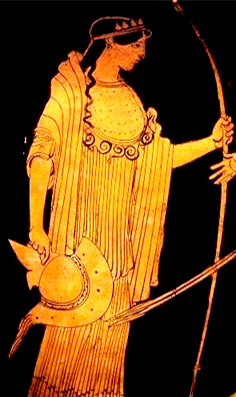 Science on the surface can mean many different things. It could be simply as in Latin “scientia” =  knowledge. In this way it is vague enough to cover both Geist and Natur as the Germans say. Here we will confine the discussion to natural science or what we practical heirs of the English tradition – call “Science”.

Science in this context is hard-nosed exacting empirical work which can in its best phase be both practically applicable and theoretically illuminating of the most basic questions. In our own time science has overtaken religion in terms of public confidence and practice in deciding on practical questions; that is political as well as health questions. So successful has been this method of dealing with reality that therapy has replaced confession, quantitative theory descriptive knowing, and statistical sampling judgment. Why has this happened or what is the nature of this success?

This question cannot be answered by simply claiming that science gives immediate tangible results. Pure science may be supported by politicians on this hope but scientists do not pursue their work for this reason – they are after the truth – but then what is truth?

A different question no doubt but Nature and Truth for natural science are the same. Nature equals truth. But what is nature? This is an ontological question. For Science it is initially description which leads to a theory which then is tested.  What is happening here is that Nature = Nature. The idea of empirical testing is that a test equals a test – that is, the idea of “repetition”.

Now repetition is a quantity concept. Hence it is not really a coincidence that math and testing go together. Math is essentially quantitative and hence repeatable – infinitely repeatable.  As criteria of truth this testing is always falsifiable and hence uncertain. Then why is not this uncertainty a block to truth and to the pursuit of science? Because it is at least possible whereas non-repeatable truth is either personal or logical and hence irrefutable. But this irrefutably would seem to make truth certain and so why not satisfying? Because it cannot be tested empirically and so it is without result. Why are results so important? Because creativity is involved with knowledge – making things. In making man imitates nature. Technology is really extension of nature through nature. Metaphysics and religion is just passive knowledge and hence ultimately unsatisfying –or it is tautologous.

But Nature = Nature is also. But the = can never be  =  as infinite test. What makes up for this is its open-endedness – its ability to participate actively. Thus pure science is not just knowledge but action and so satisfying. Except for the problem of “limit”. But, alas, this is an ontological question. Which is Why Science is only one of the possible theoreticals.